A Man was in a big supermarket buying a 2 large bags of dog biscuits for his 2 dogs.

He was standing in the queue at the till when the woman behind him asked if he had a dog.
Thinking it was a very stupid question he replied on impulse. “No, I’m starting The Dog Food Diet again, although I probably shouldn’t because I’d ended up in the hospital last time, but by then I’d lost 50 pounds before I awakened in an intensive care ward with tubes coming out of most of my orifices and IVs in both arms.”
Shocked, the woman said “50 pounds?”.
“Yes”, he replied, “it was essentially the perfect diet and the way that it works is to load your trouser pockets with dog biscuits and simply eat one or two every time you feel hungry. The food is nutritionally complete so I am going to try it again.”
At this point everyone in the queue was enthralled with the story.
However the woman was horrified and asked if he’d ended up in the hospital in that condition because he had been poisoned.
“No”, he said “It was because I was sitting in the road licking my balls when a car hit me.” 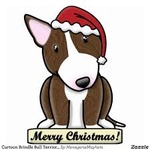 The oldies are the best

Oh Caryll! I needed a laugh tonight and you provided it - thanks!